In April 2018, after completing my first year at McGill University, I decided to hitchhike home, from Montréal to Edmonton. If you’re not too familiar with Canadian geography, here’s what that stretch looks like on a map: 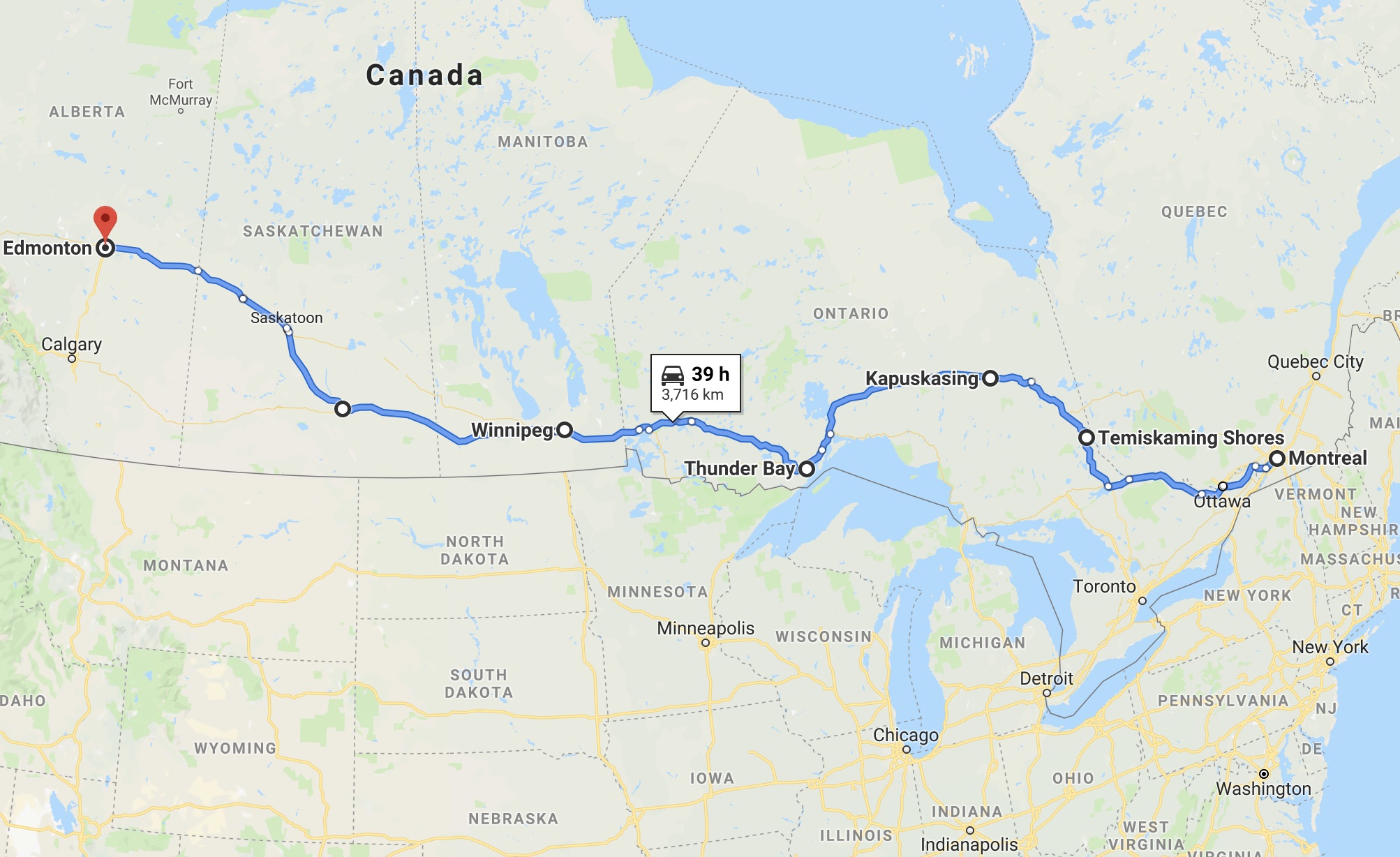 The labelled spots are the places where I spent a night (or two in the case of Winnipeg). Altogether, the journey took six days, five of which were spent travelling. I met a bunch of amazing people and this post is dedicated to the 18 kind drivers who eventually got me home!

After my last exam of first year, I spent a day preparing for the trip. I sent most of my belongings to my parents’ house in Edmonton by delivery truck, then packed important things I’d need on the road: 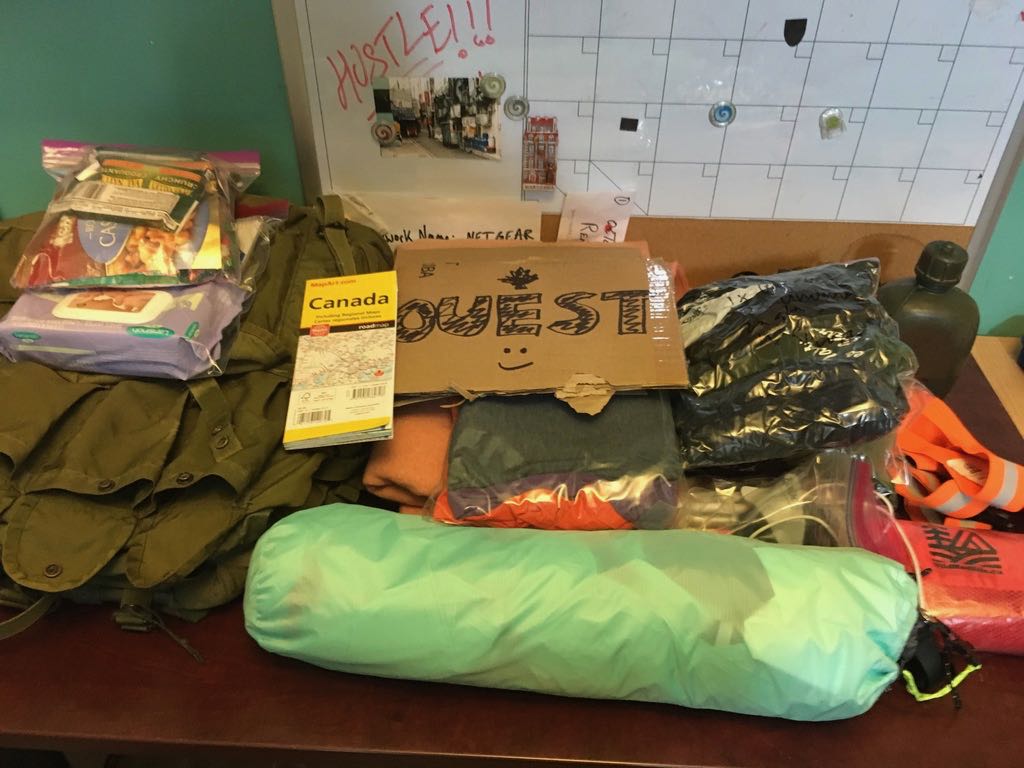 [#1] On 28 April 2018, early in the morning, I took bus 211 from Lionel-Groulx metro station in Montréal, dropped off near McGill’s Macdonald Campus, and walked in the pouring rain to a Hwy 40 on-ramp. I was picked up within a few minutes by Dave, who works at McGill and was heading out to his cabin for the weekend. (Montréal to St-Lazare, QC — 20km) 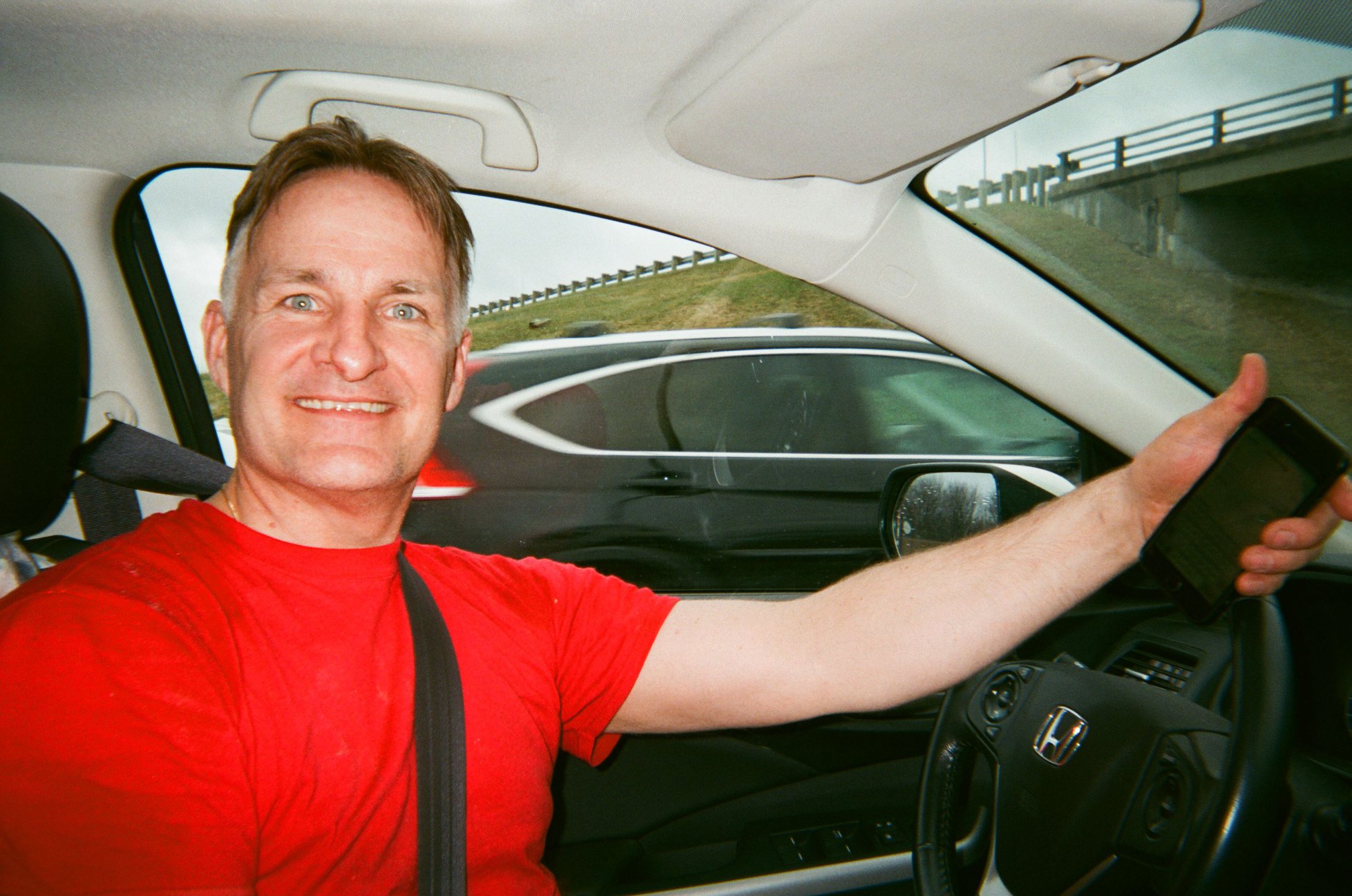 [#2] I didn’t have to wait long in St-Lazare before I was picked up by two dudes, both named Olivier, who were on their way to Ottawa. They played Janis Joplin in the car and both of them were really excited, as they’d never been to Ottawa before. As we entered the city and the government buildings came into view, they shouted: “Vive la Reine!” They even went out of their way to drop me off in Kanata so I wouldn’t get stuck too deep in the capital city. (St-Lazare to Kanata, ON — 172km) 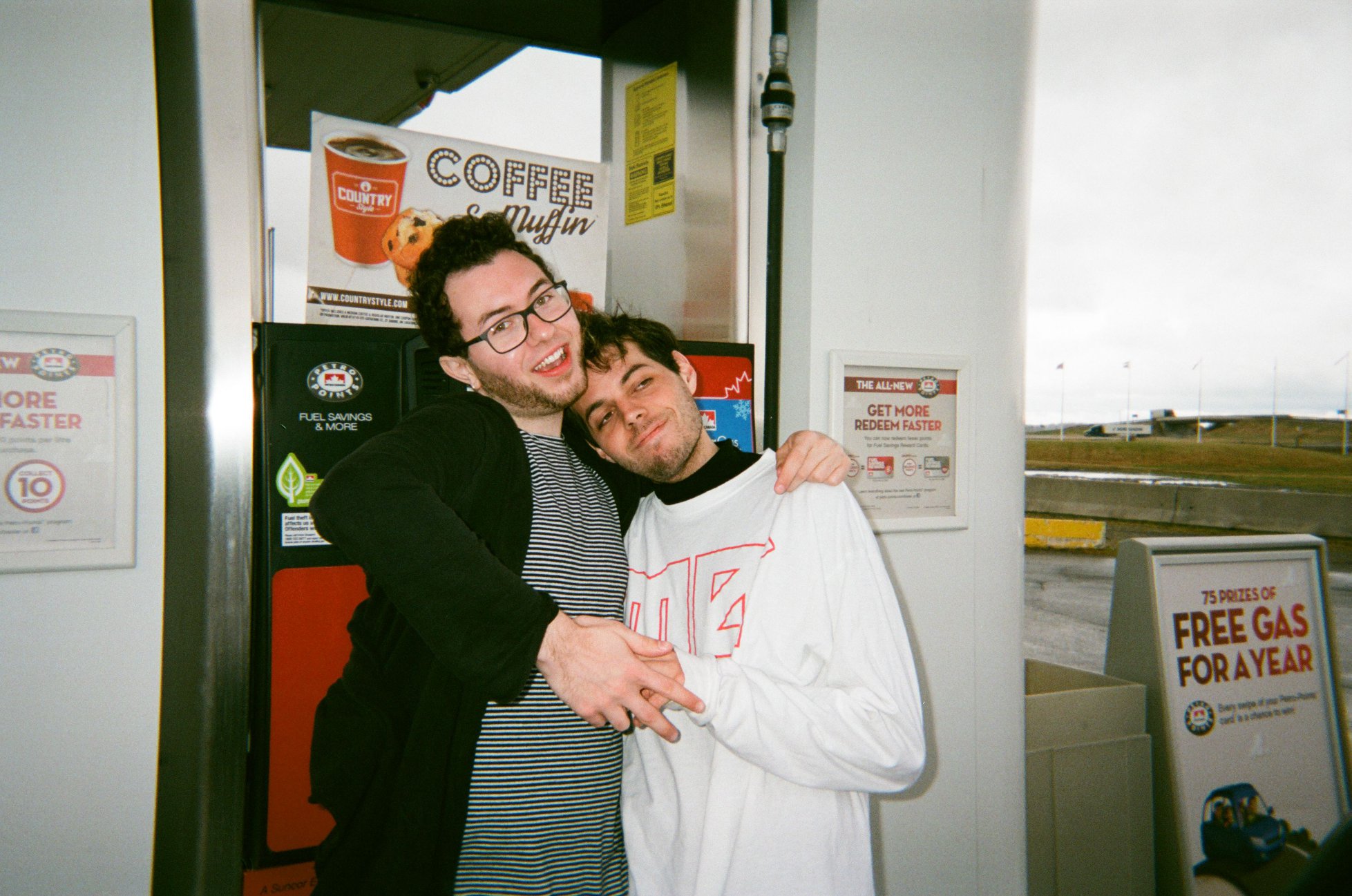 [#3] In Kanata I got a ride without even sticking out my thumb! I was lost walking in a residential area in Kanata when Mark asked if I was hitchhiking. He brought me to an on-ramp that he said hitchhhikers often use. In fact, that on-ramp was the only place in the whole trip where I saw fellow hitchhikers! (Kanata, ON) 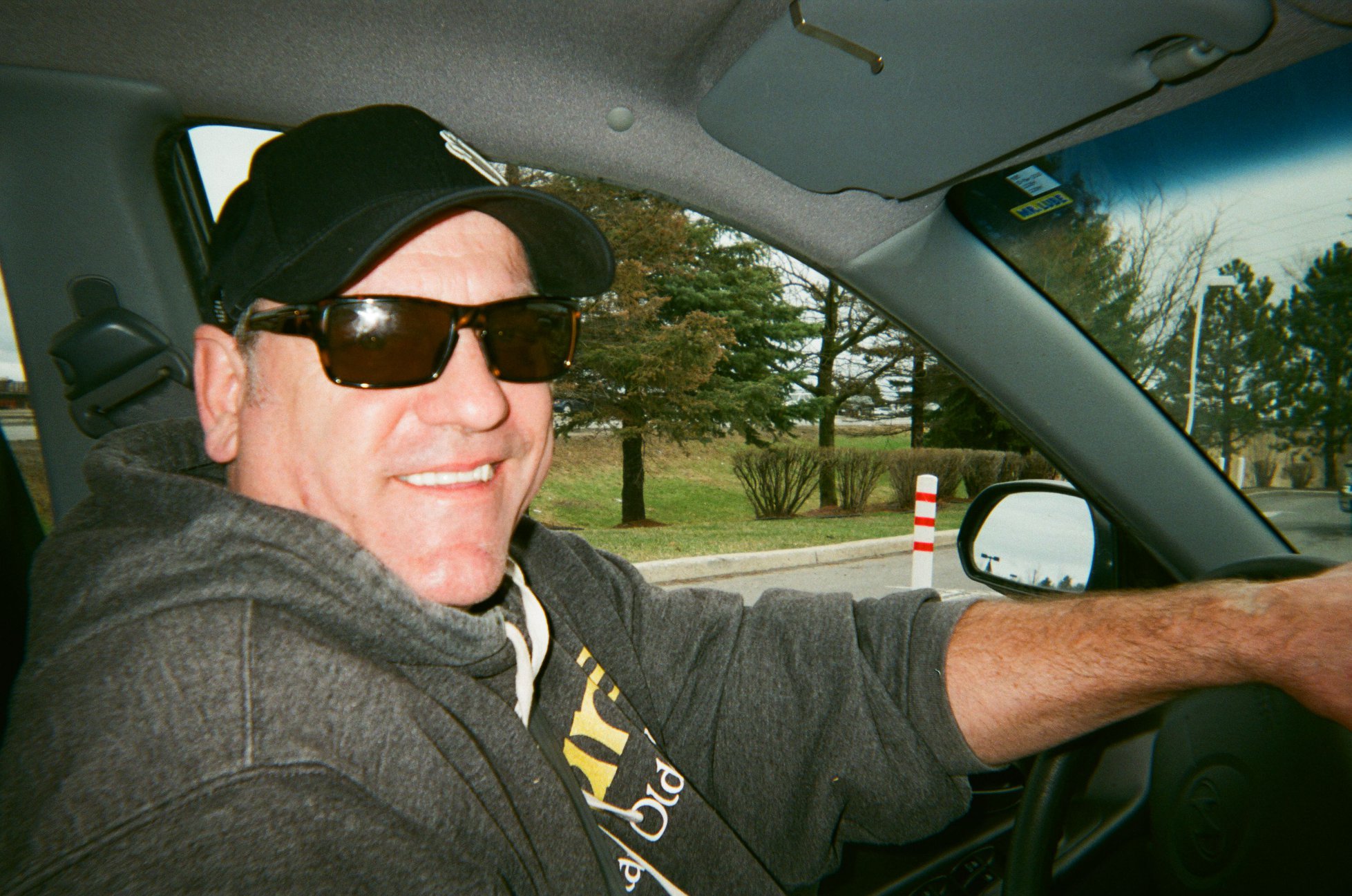 [#4] Derek picked me up at the busy on-ramp in Kanata and took me to Renfrew. Along the way, he told me a bit about his life, and how he went from dropping out of school in grade 8 to eventually owning a multimillion-dollar business! (Kanata to Renfrew, ON — 73km) 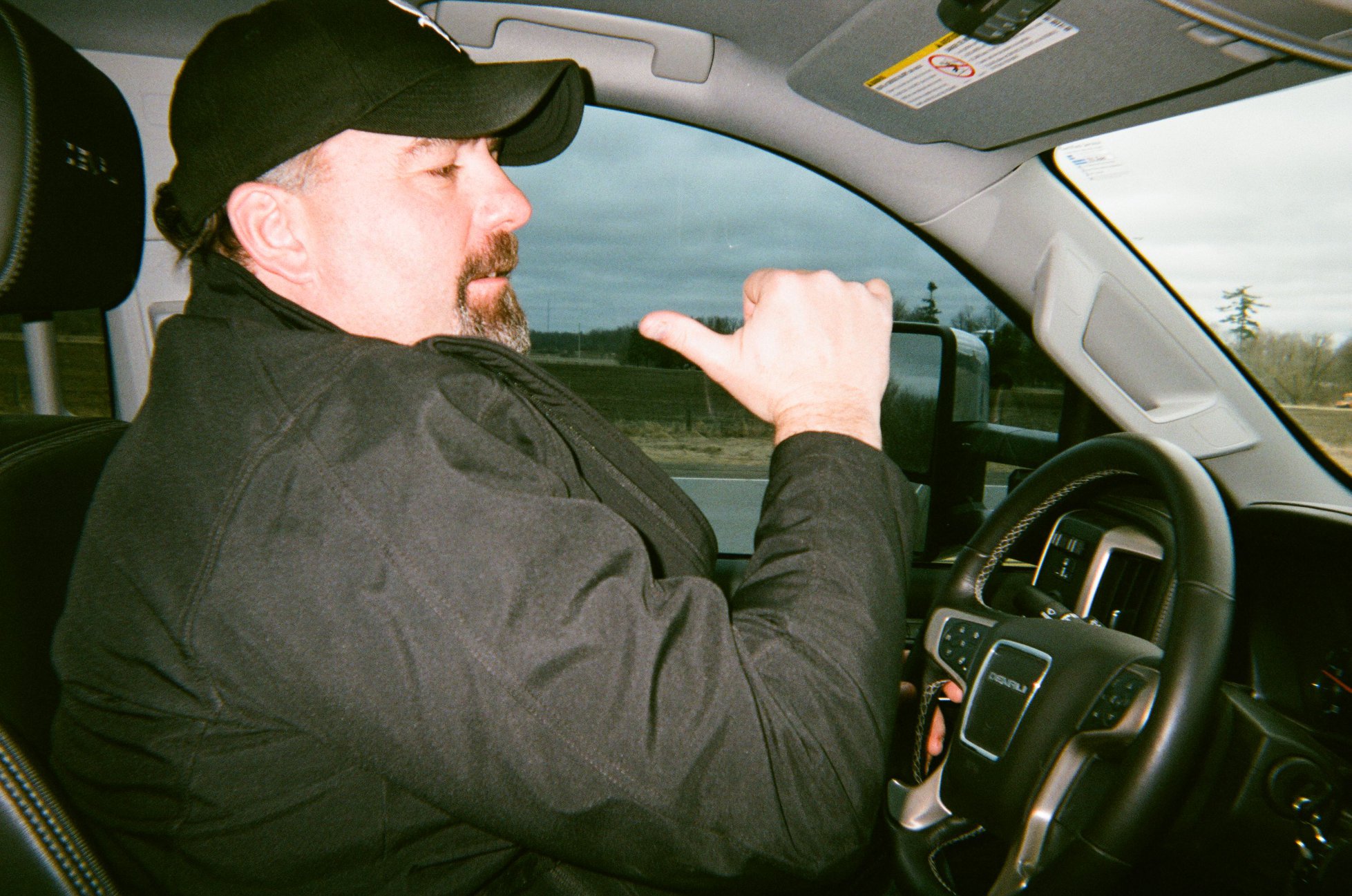 [#5] Dan and Patrick were travelling from Arnprior when they picked me up in Renfrew. Dan is an electrictian and one-third of the Schryer Triplets fiddle band; his son Patrick goes to music school. (Renfrew to Deep River, ON — 103km) 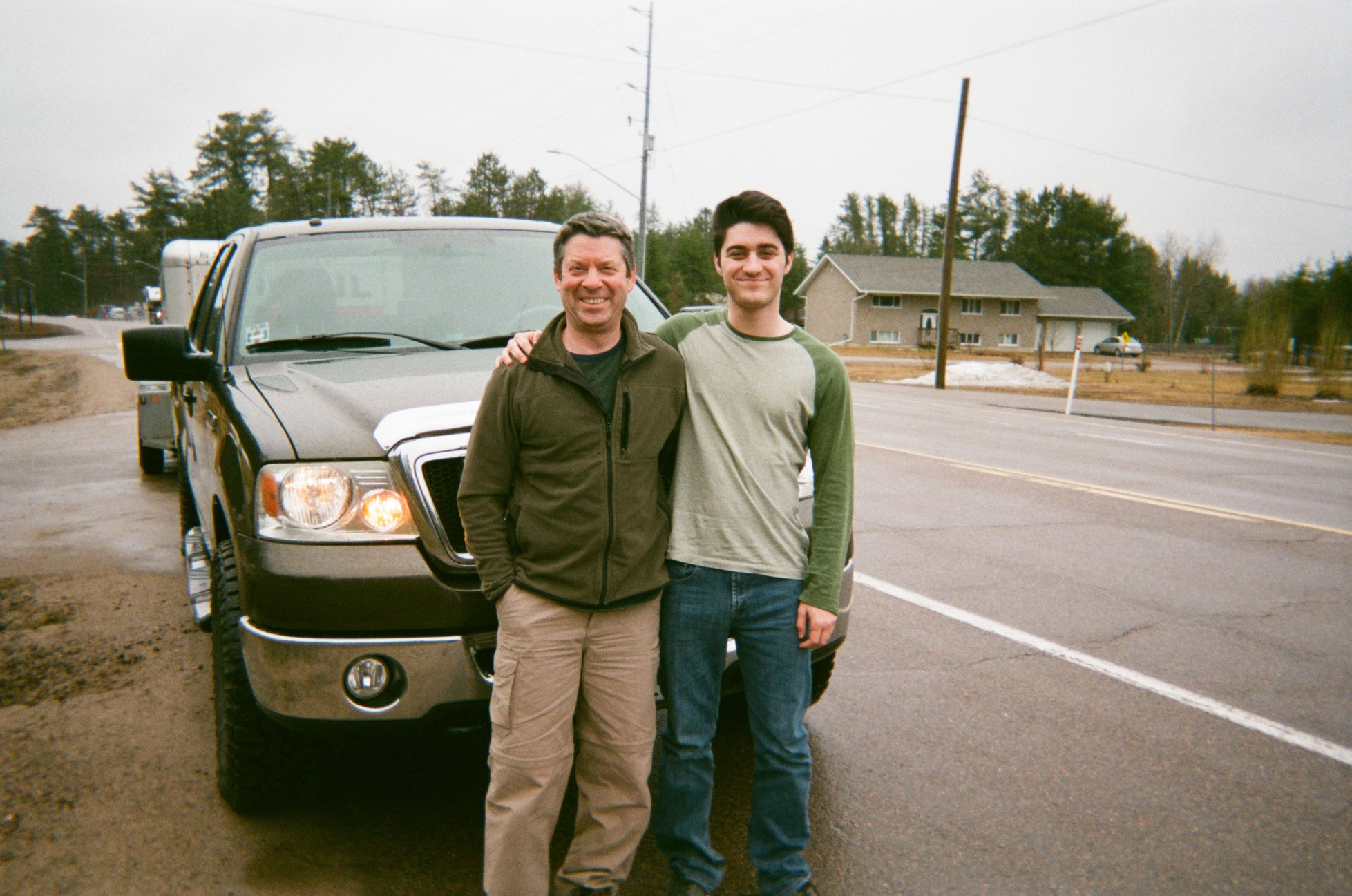 [#6] Denis, his dad Roger, and his mum Madeleine (not pictured) took me all the way to New Liskeard (Temiskaming Shores). Roger, who is a former lumberjack, drove the whole time while Denis, a welder/mechanic, told me stories of trucking across Canada and gave me a good description of what it’s like to live in Northern Ontario. This was the last ride of the first day. (Deep River to New Liskeard, ON — 321km) 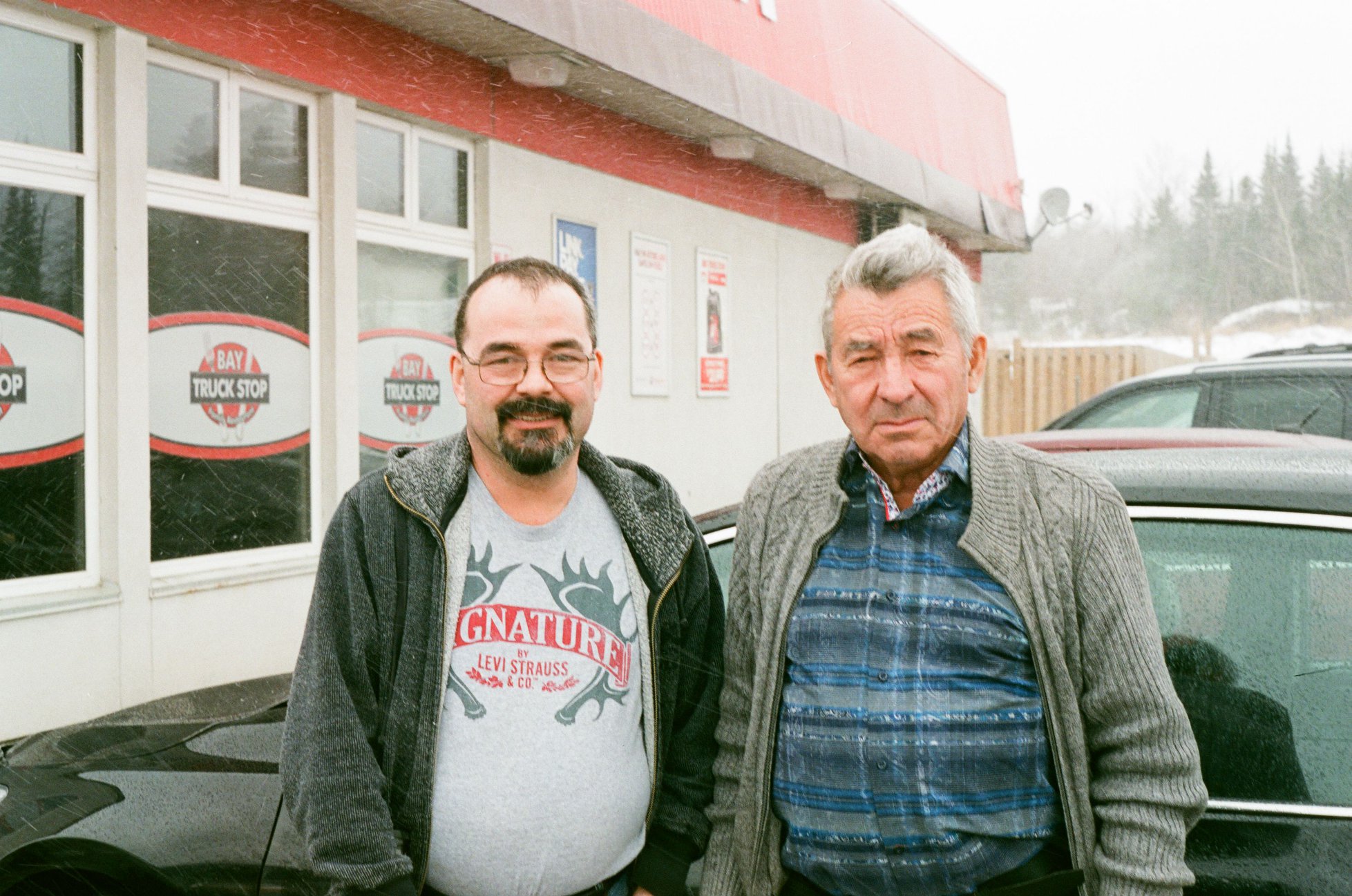 [#7] It waited for over two hours in the cold (-9 degrees Celsius!) in New Liskeard on the second morning before Al picked me up and drove me to Englehart. He owns a business doing windows and doors and gave me his company’s hat as a souvenir. (New Liskeard to Englehart, ON — 44km) 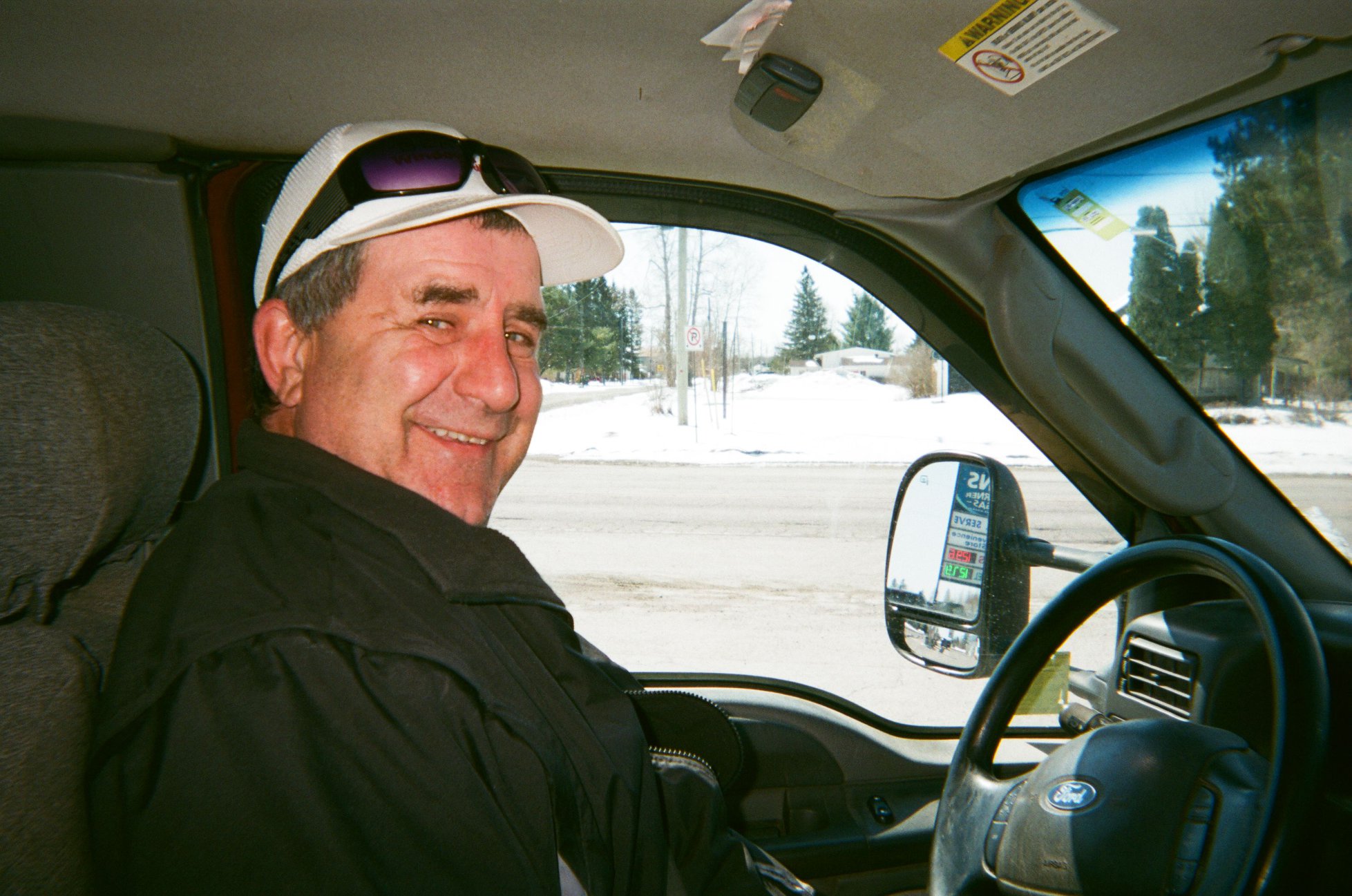 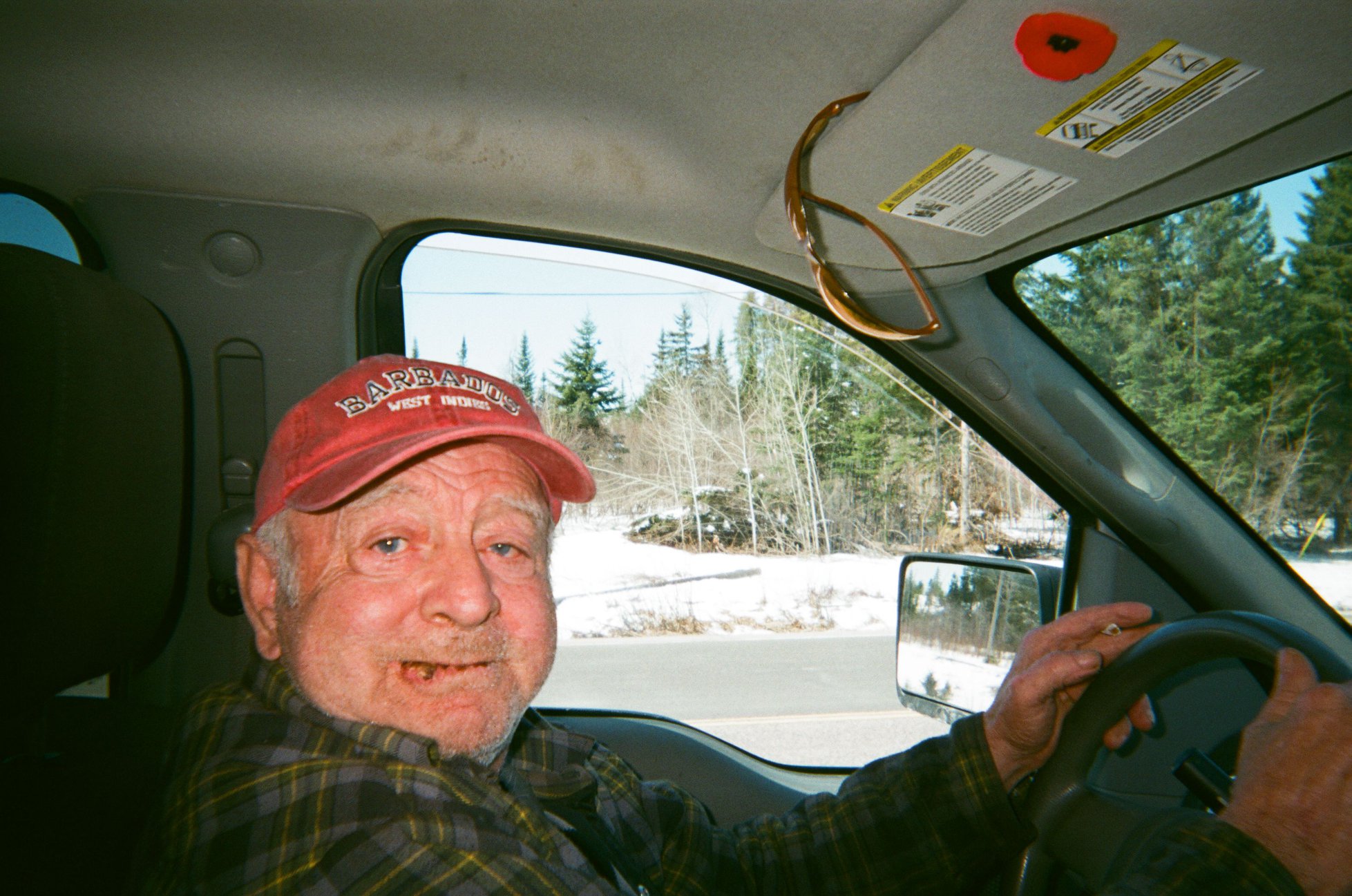 [#9] I was stuck on the side of Hwy 11 for nearly three hours before I decided to take a detour down Hwy 112 instead as the traffic there was slower and more likely to stop. Bruce, a retired junior-high teacher, took me to Kirkland Lake and pointed me to the road that would lead me back to Hwy 11. (Hwy 11/Hwy 112 junction to Kirkland Lake, ON — 20km) 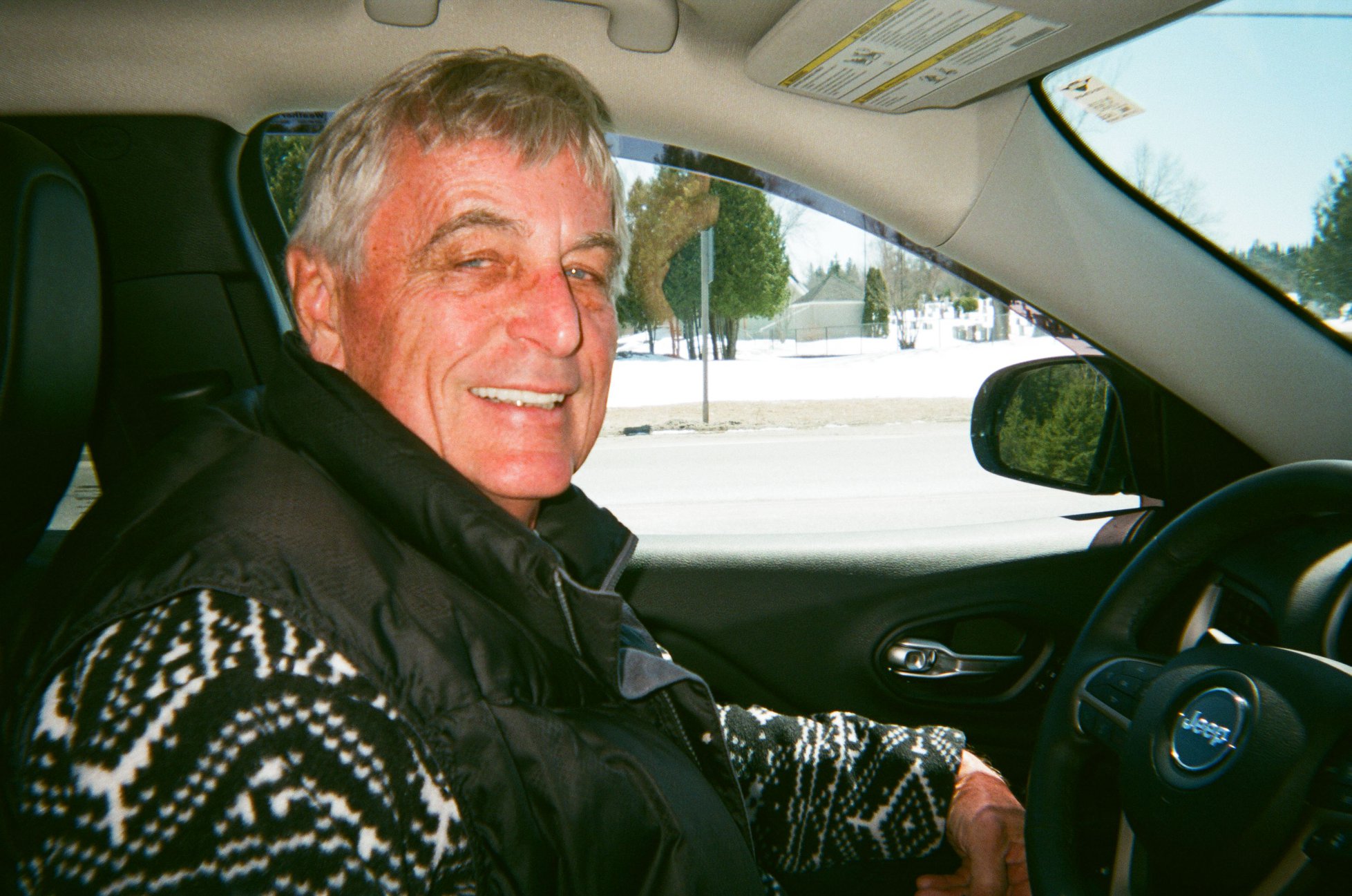 [#10] I only waited around 20 minutes in Kirkland Lake before Ron, who works in the mining industry, took me to Matheson. He told me a story of how he and his friends hitchiked south to Kitchener to find work many summers ago. (Kirkland Lake to Matheson, ON — 72km) 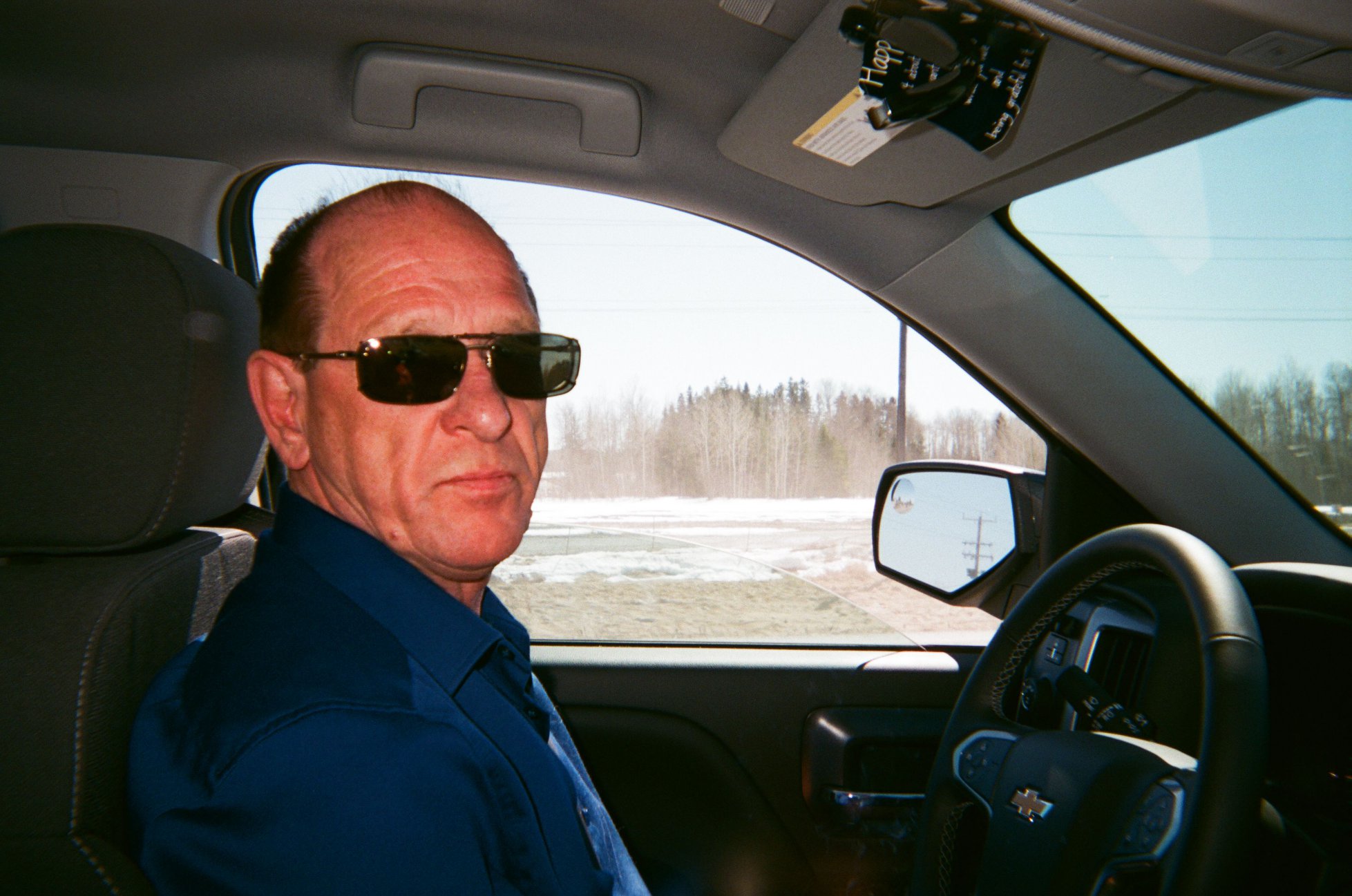 [#11] I arrived in Matheson in the afternoon after only having covered around 150km that day, so when I saw Giselle and Wayne pull into an abandoned lot, I decided to approach them and see if they were heading west. They were on their way to Winnipeg, and at first they offered to bring me to Kapuskasing, but when they saw me the next morning still in Kapuskasing, they agreed to take me all the way to Winnipeg! 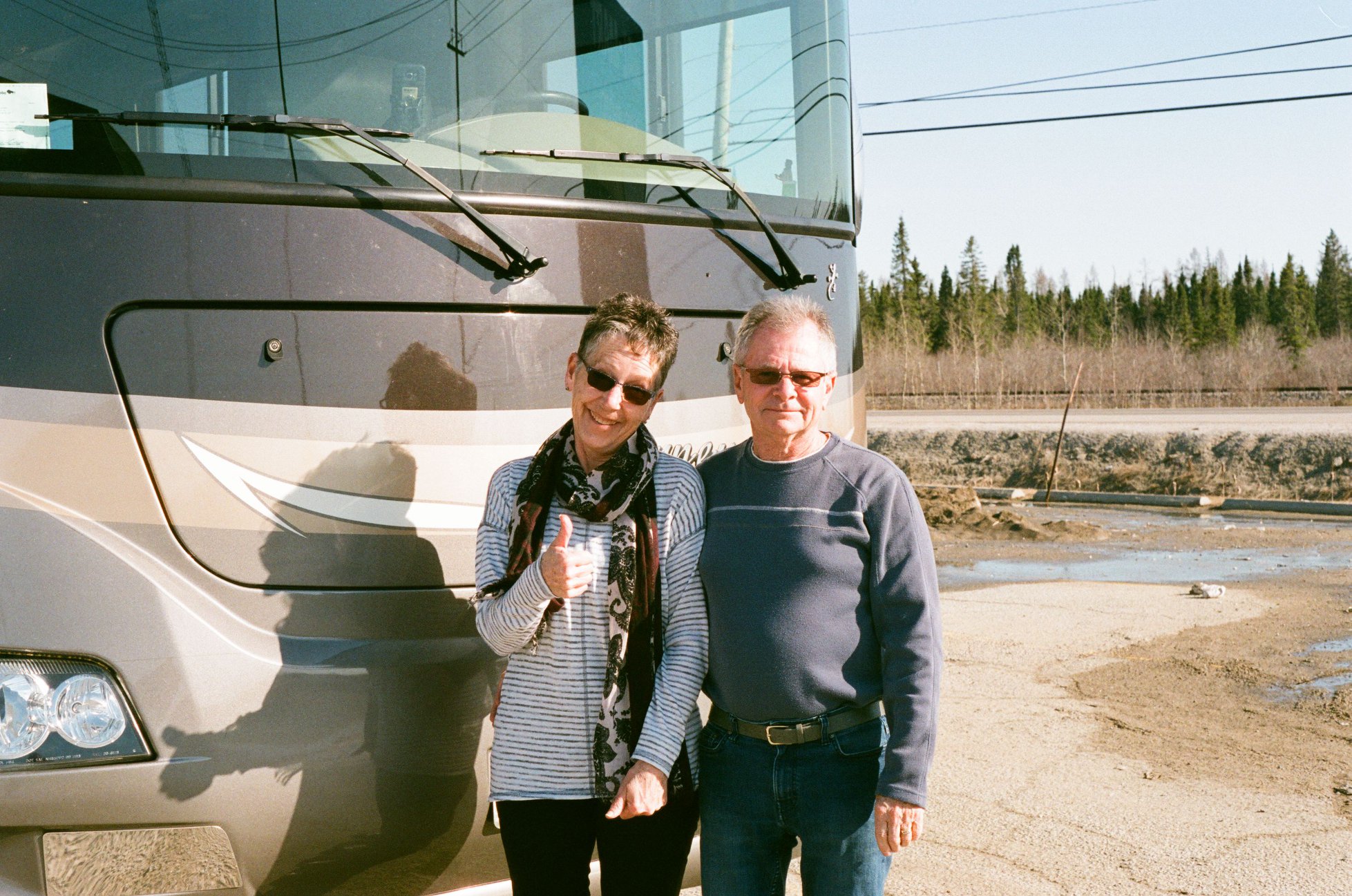 Along the way, Wayne told me stories of working in fly-in mining communities in northern Saskatchewan and Giselle told me stories from her childhood in the Prairies, from strict teachers at the convent to nights at the drive-in theatre. We ended Day 3 in Thunder Bay, where I stayed in a motel that was unfortunately full of bedbugs. 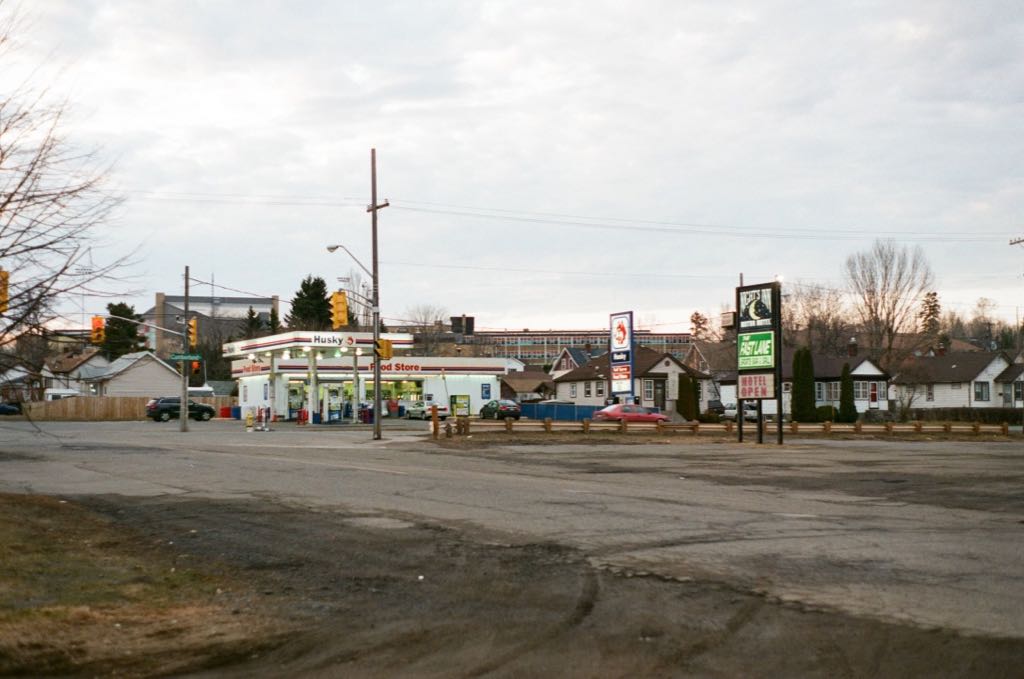 On the afternoon of Day 4, just after crossing into Manitoba, the motorhome got stuck in some mud at a rest stop, so Giselle took me to Winnipeg in their tow vehicle while Wayne waited for the tow truck to come an hour later. Both of them were extremely generous and friendly and the two days I spent with them in their motorhome were one of the best parts of my trip. (Matheson to Winnipeg, MB — 1491km) 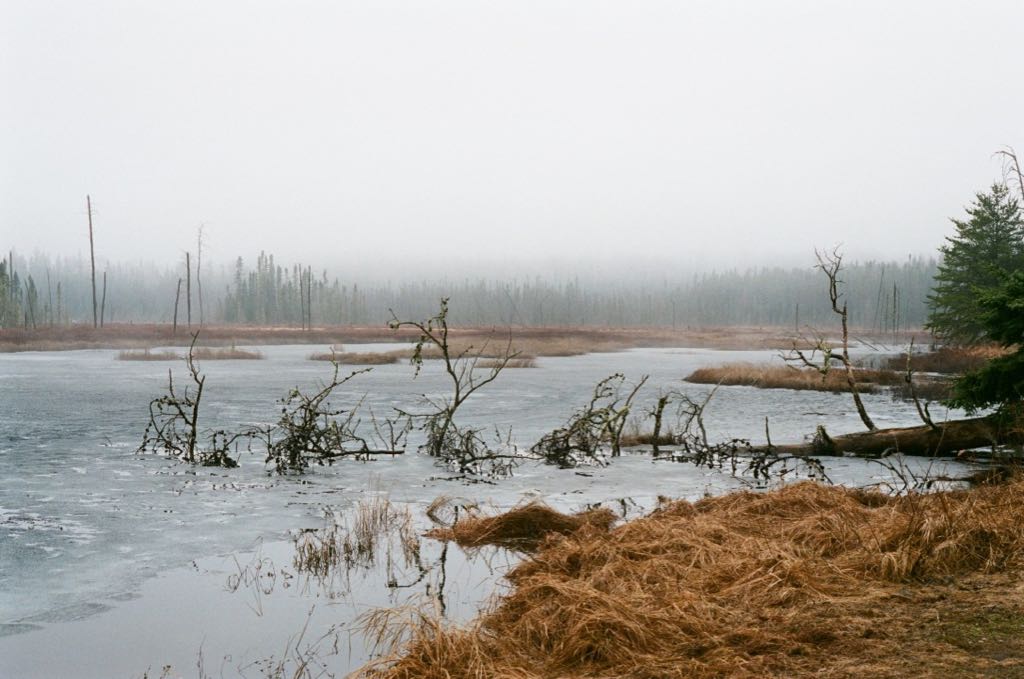 [#12] In Winnipeg, I met with Mike, whom my dad had worked with previously. He took me to Tony Roma’s to watch the Jets game, then gave me a tour of the University of Manitoba campus and told me stories of his school days. (Winnipeg, MB) 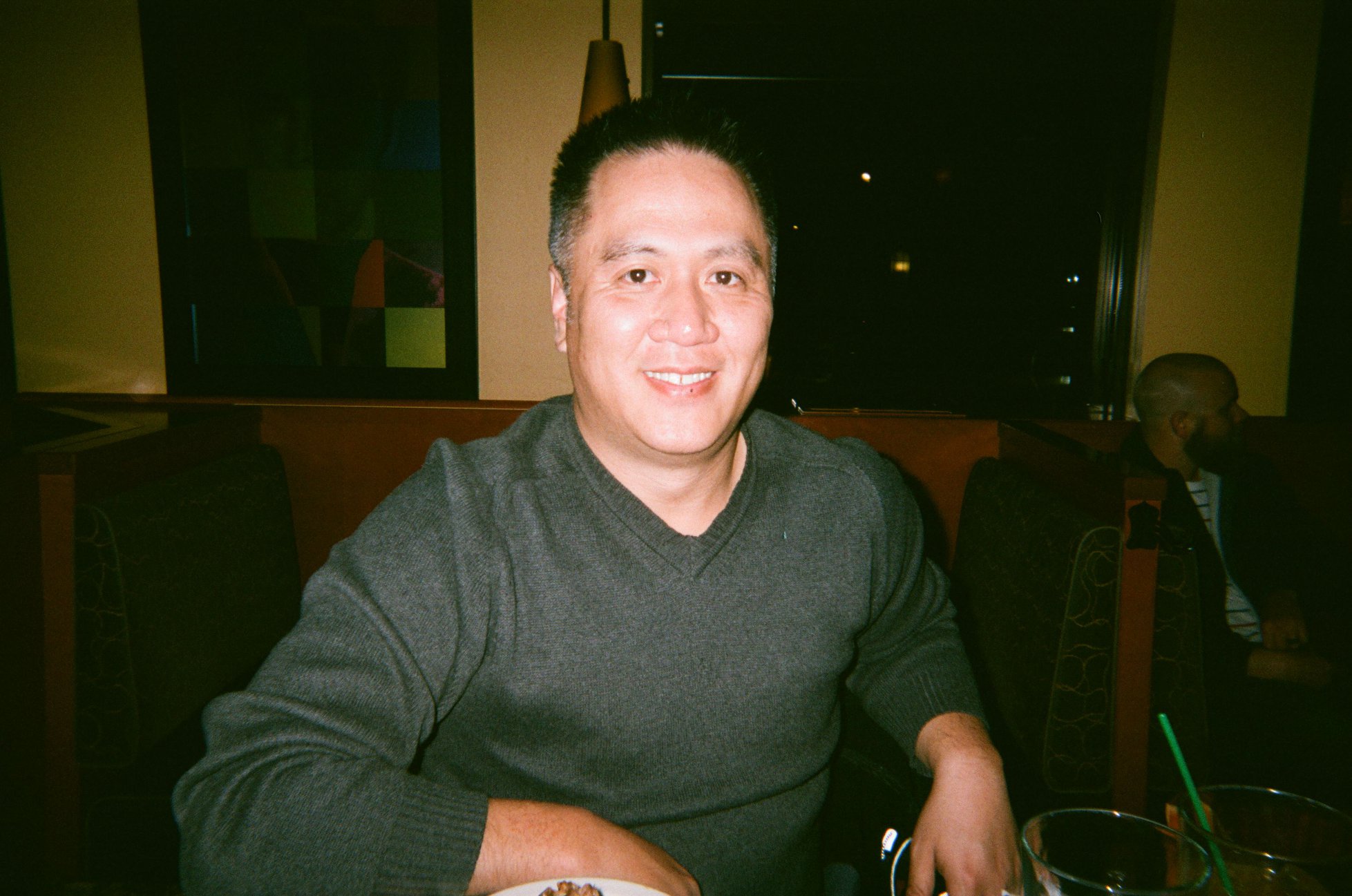 [#13] I stayed with my dad’s friend Howard for two nights in Winnipeg. Immediately upon arrival, I washed all my clothes in hot water as I suspected I’d got bedbugs from the Thunder Bay motel. Then the following day (Day 5), I wandered around downtown Winnipeg. In the evening, Howard drove me all over Winnipeg, showed me the floodway, and recounted the events of the 1997 Flood of the Century. His love for his city was contagious and I learned a ton about Winnipeg’s history! (Winnipeg, MB) 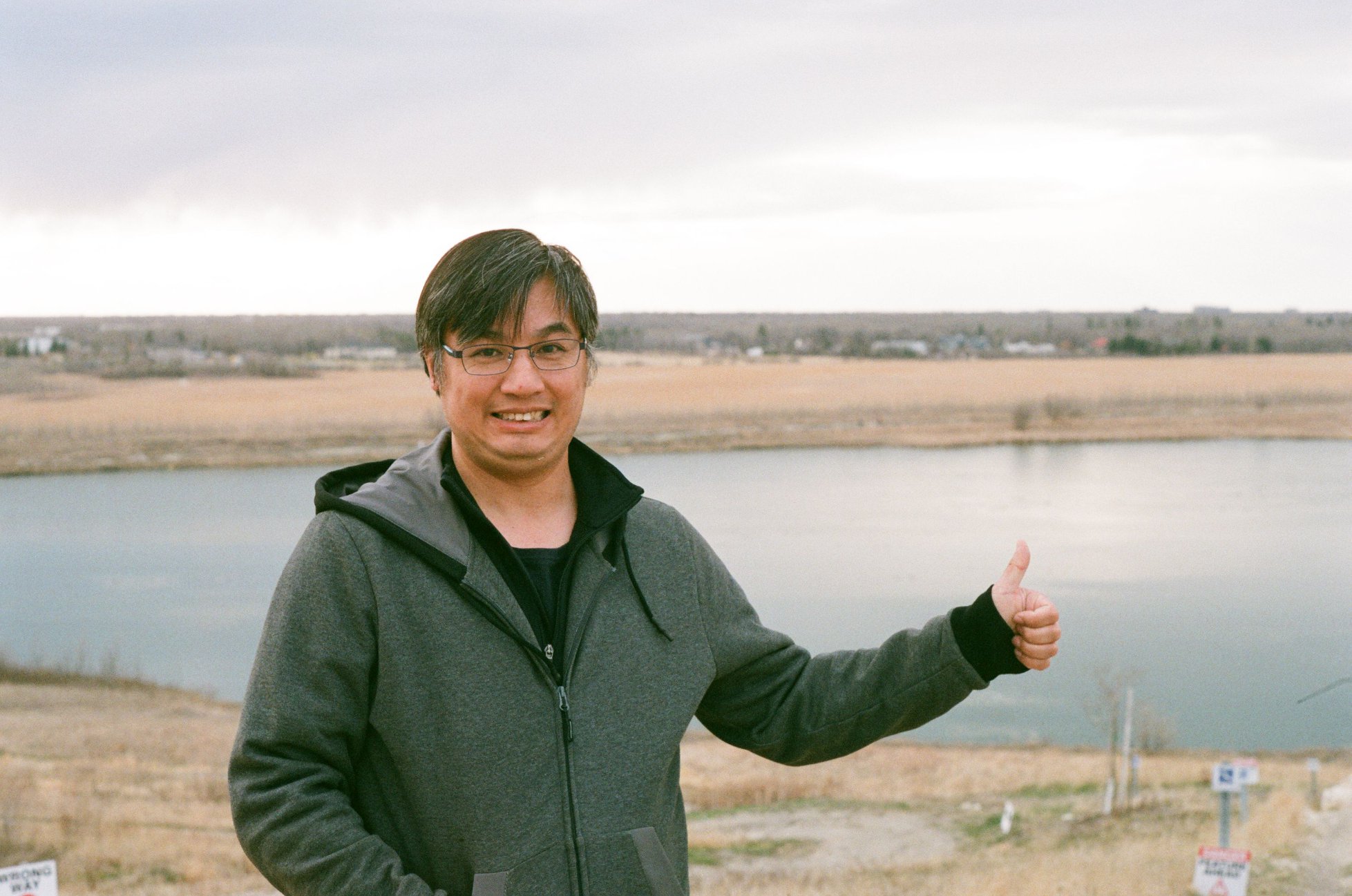 [#14] Howard dropped me off on the outskirts of Winnipeg on the morning of the sixth and final day, whereupon I was picked up by Abe, who took me to Brandon. Originally from Eritrea, he grew up in Winnipeg and we discussed everything from religion to technology to the importance of family. He told me interesting stories from his teenage years in Winnipeg and had lots of great advice for me. (Winnipeg to Brandon, MB — 214km) 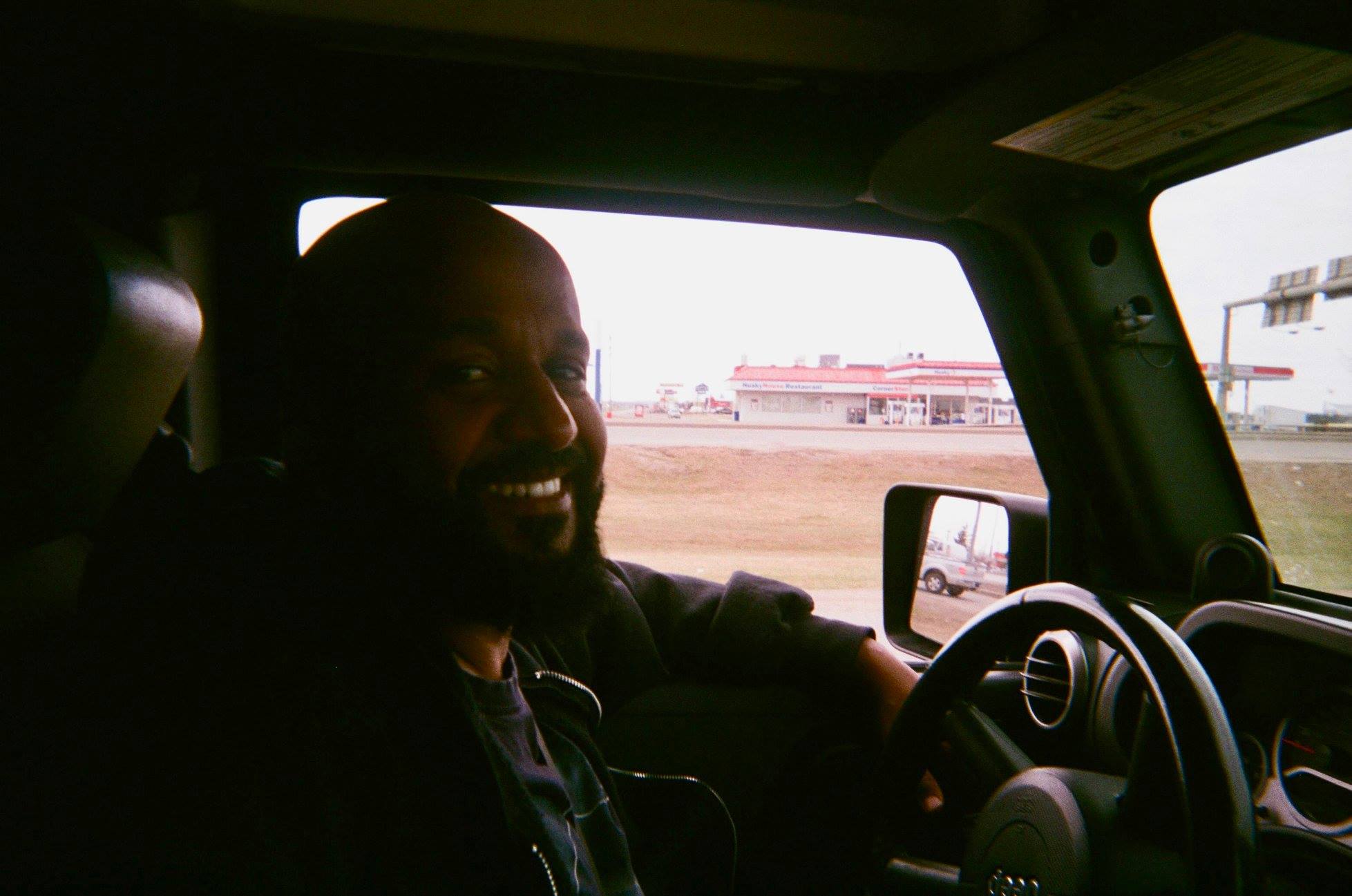 [#15] Eldon gave me a ride from Brandon, through Regina, all the way to Saskatoon. He sells farm machinery and explained to me the ins and outs of agriculture and organic farming techniques. He then introduced me to his brother in Saskatoon, who is an aspiring author, and we had a drink at a bar before he dropped me back on the Yellowhead Highway. (Brandon to Saskatoon, SK — 620km) 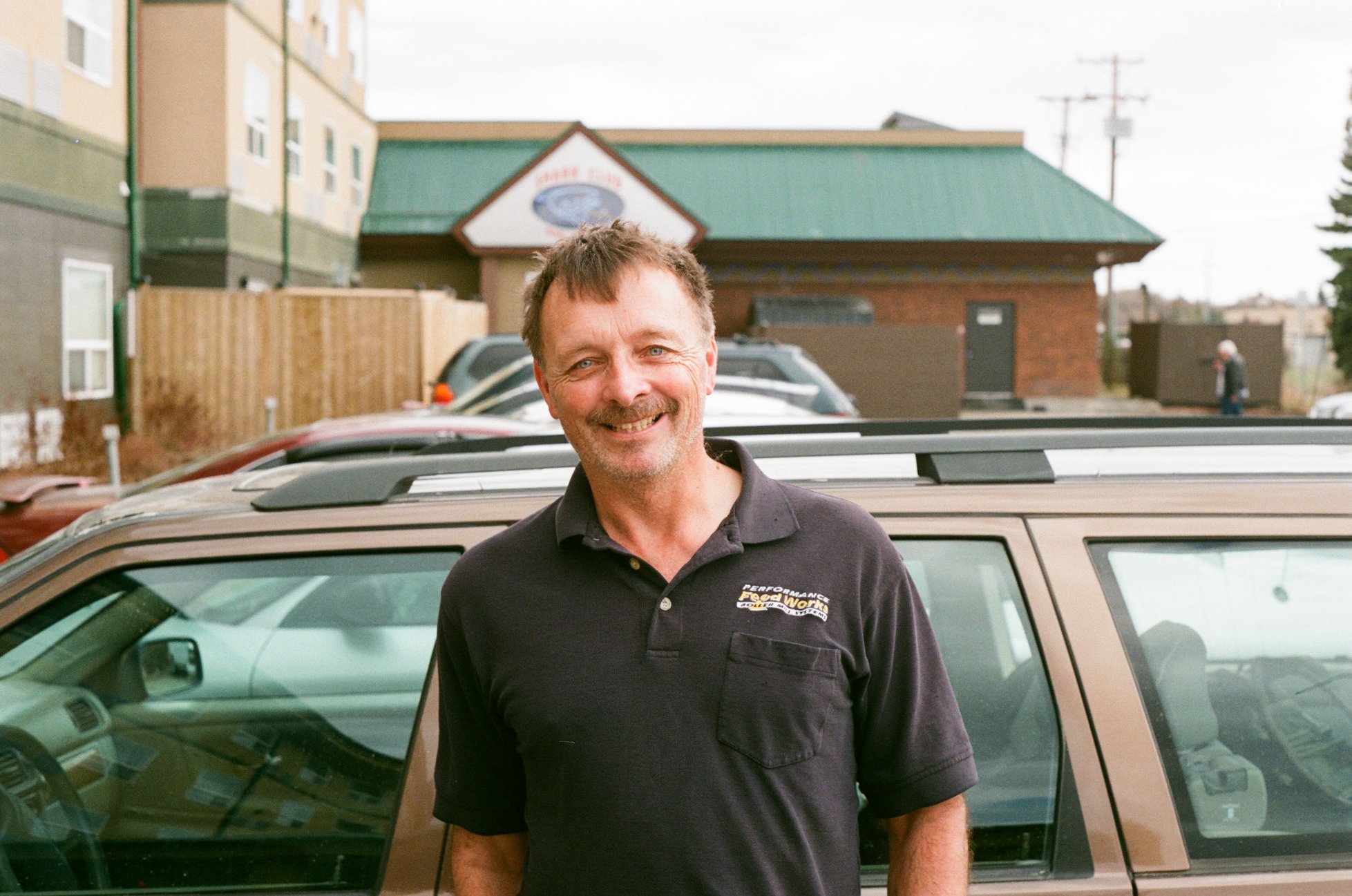 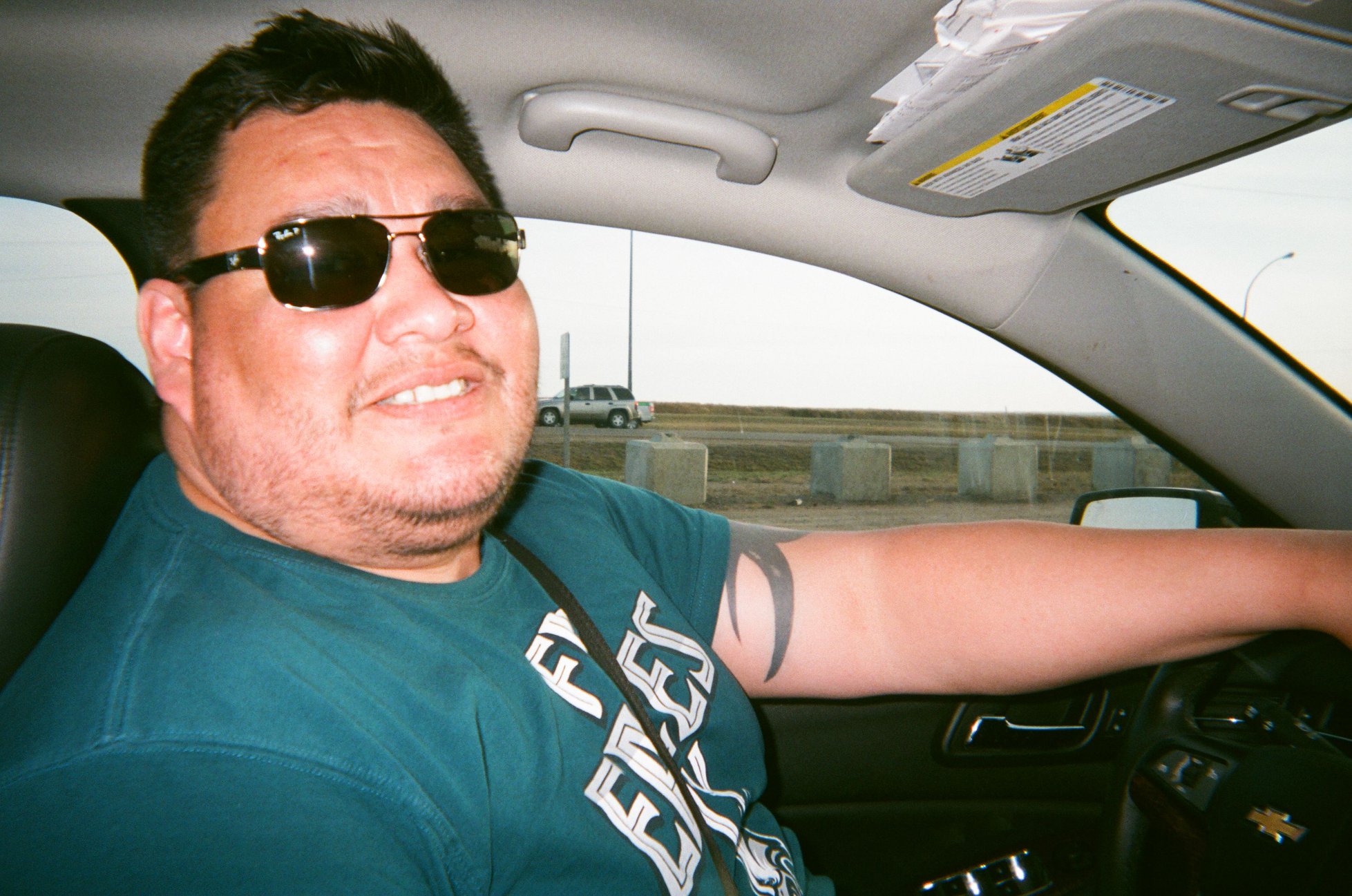 [#17] Jess, a part-time student who works at a preschool, drove me across the North Saskatchewan River to Battleford where I’d have a better chance of catching traffic to Edmonton. (North Battleford to Battleford, SK — 3km) 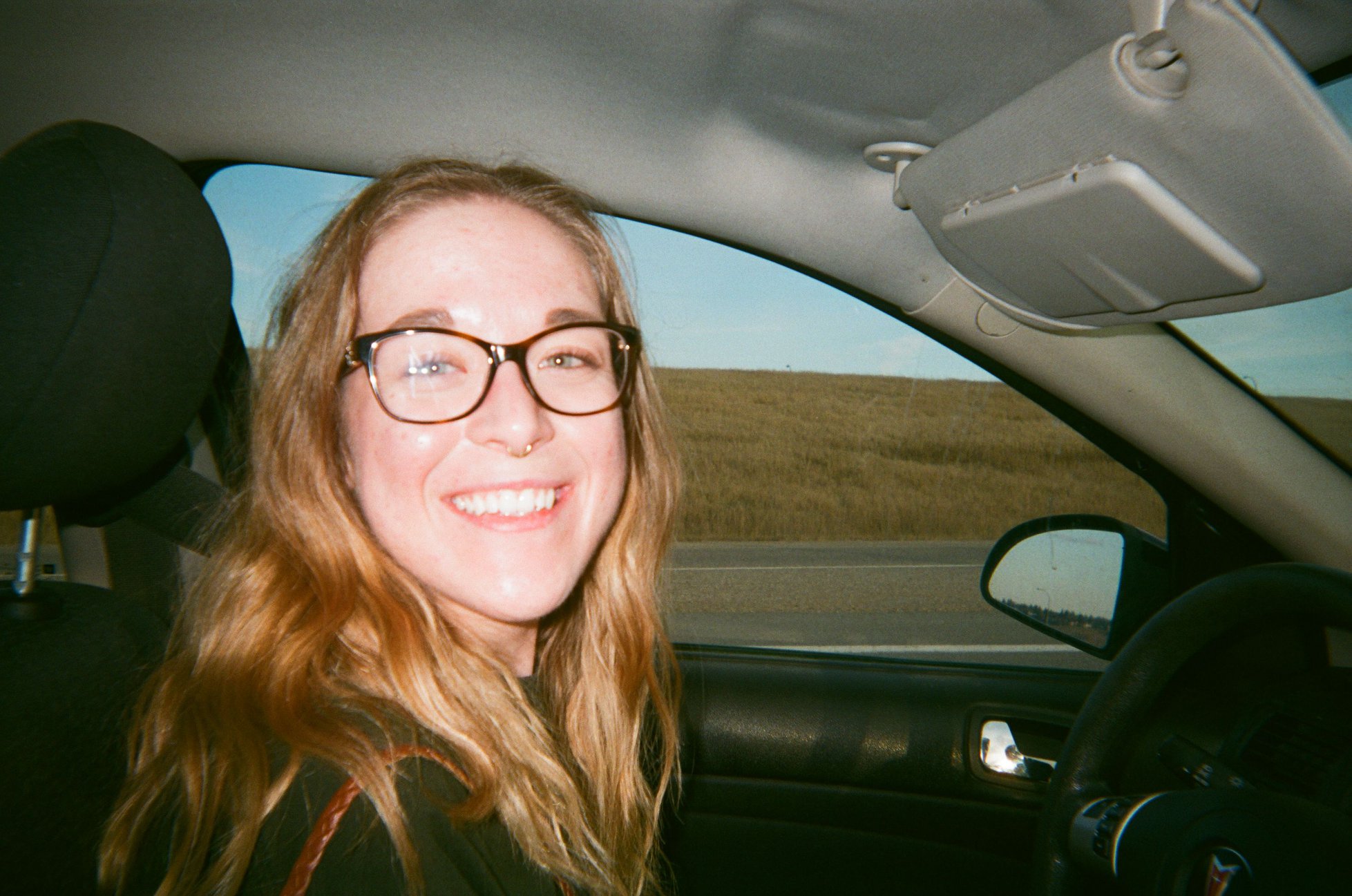 [#18] My last driver, Ken, picked me up as the sun was setting over the Battlefords to drive me all the way to Edmonton, where he was going to meet his aunt. He works in an autobody shop and told me about a cross-Canada trip he took on a motorcycle back in 1974. (Battleford to Edmonton, AB — 375km) 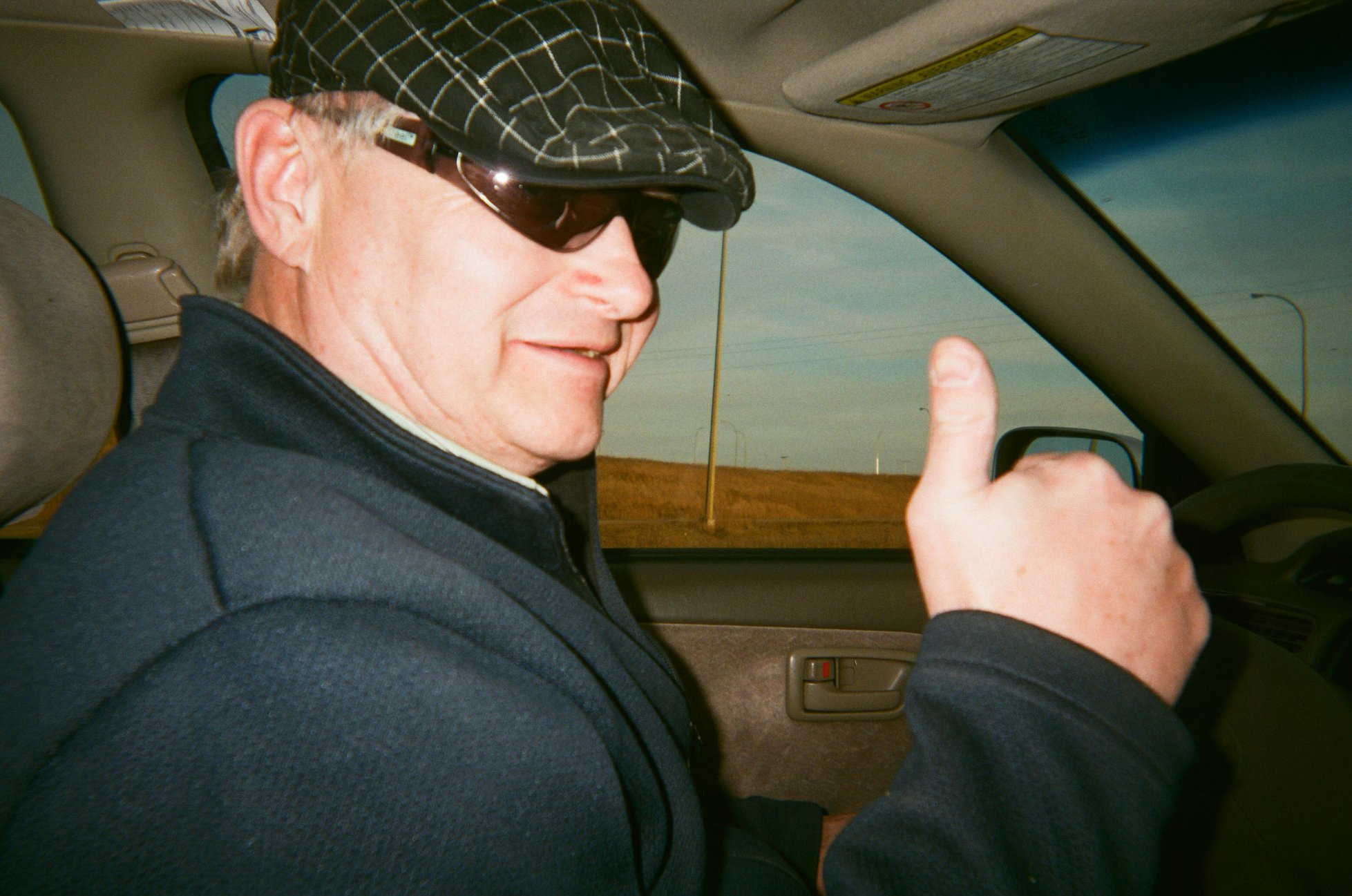 All in all, my hitchhiking trip was an incredibly memorable week. I was struck by how kind and generous all of these people were! I wouldn’t outright recommend hitchhiking to anyone as it definitely does involve some risk, but personally I had a positive, safe experience and it was a great conclusion to my first year of university! 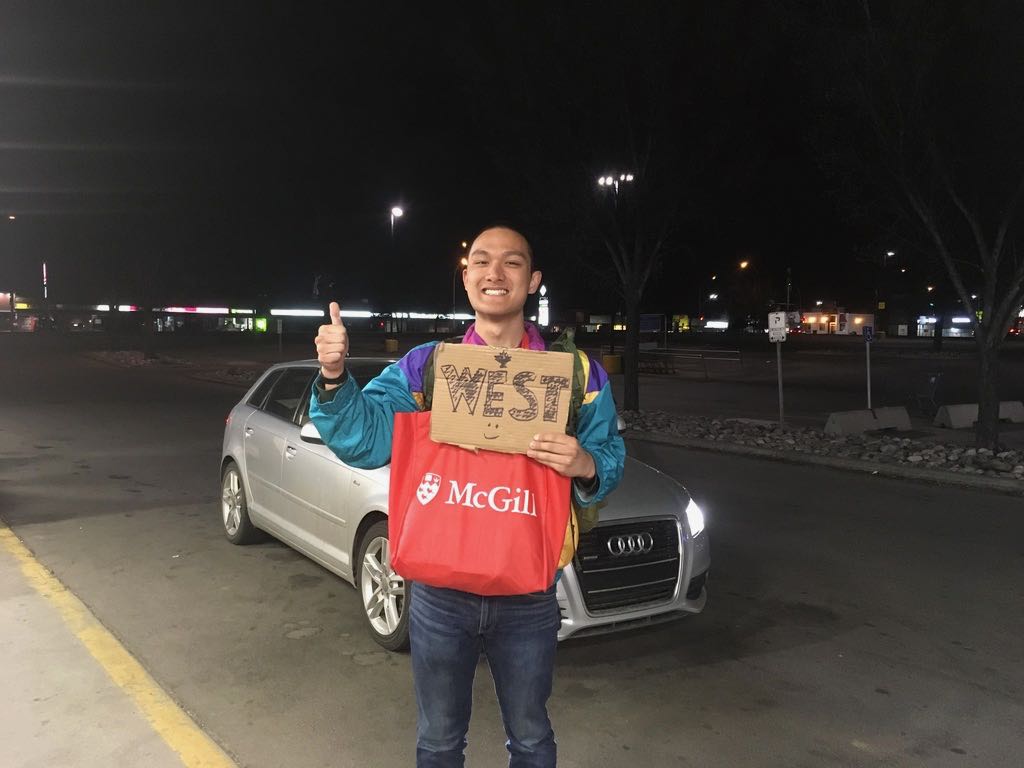